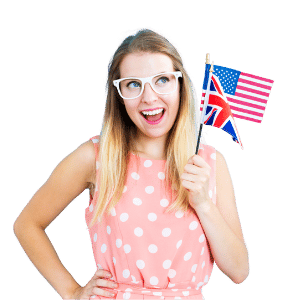 Your ultimate guide to essential slangs in Australia. Get a quick understanding of Aussie slang words and phrases and feel at home in the Oz land.

English can vary from country to country, region to region. Therefore, a non-native speaker should get used to new sounds and words and grasp English slang expressions and words. Let’s consider some Slangs in Australian Context.

What are slang words?

Slang words or phrases express something in a new way, a way you might not have heard before. Such terms are used by people from a particular country or region.

“He is very gutted after the incident,” means he is agitated in British slang.

“Pass that biccy” is the slang in Australia for pass the biscuit.

Why should I know the Slangs in Australia?

If a country has become a popular choice for higher education and work, it is Australia. And if you are considering moving to the Oz, familiarise yourself with the slangs in Australia. Slang words are crucial for Australians, and they use them frequently while communicating. Understanding and using the slang in the right way makes your English sound natural; also, you can communicate better with the natives and feel at ease in a new place. Also, Australians have a thriving slang words dictionary!

After all, the ubiquitous word ‘selfie” came from Australia!

Though these words can be peculiar for an outsider, you needn’t fret. We have created this blog to help you out.

What are common Australian phrases?

Yup.. Such a sentence will leave you bewildered if you cannot understand the Aussie slang. Australians love to shorten words and create new ones. So read on to get familiar with Australia’s regular words and phrases. Many of these slangs in Australia have a social context.

A cold one – beer

Billy – teapot over a fire during camping, in the open

Going off – busy, lots of people

Good On Ya – good work

Have a blue – have a fight

Piss Off – an offensive way to tell someone to go away or get lost.

Outback – the interior of Australia. Even more remote than “the bush”

Rack Off – the less offensive way to tell someone to go away or get lost.

Take a sickie – have a day off work

Up yourself – Stuck up

A peculiarity of Aussie slang is that many of the meanings of the slangs in Australia rhyme with the word! If you wish to know why ..well, there is no sure shot answer to it. But as the words rhyme with their meanings, it is easy to understand and remember them.

You can gauge the Australian sense of humour by the kind of names and phrases they have created for various things, including money. Of course, many colloquial are from Britain, but Australians have crafted many slangs in Australia for money on their own.

Australian 5 dollar: It is a favourite for getting nicknames and has over ten names. These include fiver, fairy floss, skydiver. Since it is of pink colour, it is also called Prawn, Pink Lady, Pink Snapper, Piglet.

Australian 50 dollars is called a pineapple.

And how can emotions not have their own set of unique names in the Slangs in Australia?! 🙂

I’m stuffed: you have eaten a lot, are full, or are tired. “I can’t eat another bite; I’m stuffed!”

It’s my shout/I’ll get this round: means the person will pay for drinks or meal. “Hey, don’t pay; it’s my shout.”

Dodgy: poor quality, unreliable or suspicious. “Let’s get out of this place; it looks dodgy.”

Christmas is dear to Australians and is enjoyed with much fanfare and family gatherings. And just like every other aspect of Australian life, this festival too has its share of slangs in Australia.

The Australian insults can just be as juicy as their other slang words. We cannot, of course, mention the vulgar ones here, but if you ever want to get back at an Aussie, you may use the following:

Bugger off/me: this one can be used in an affectionate or insulting manner. For example, you tell the person ‘to go to hell’. Or exclaiming, “I’d be damned!”

DADS: an exciting acronym for dumb as a dog.

Derro: is a good substitute for ‘idiot.’

Fair suck of the sav: can be used when you are trying to tell someone to give you a fair chance.

Get stuffed: is another phrase for ‘get lost.’

Bloody Oath: is pretty useful when trying to show support or agreement.

Strewth: can be used for exclamations,

Wombat is inspired by the same name animal; it means lazy.

Some Books on Slangs in Australia

A great way to get familiar with the rich Australian slang is to read about it. Many books are easily available, which is a significant investment.

We are almost at the end of rather a long post. Here are certain expressions to help you understand the Aussie culture and speak fluently.

See ya this arvo – See you this afternoon.

Dunny – toilet, bathroom – Where is the dunny, mate?

Earbashing – constant talking – My boss gave me an earbashing for coming late for work.

Fair dinkum – genuine, authentic – I am a fair dinkum Aussie

Heaps – a lot, lots – Thanks heaps for your recommendation.

I reckon –I believe so- I reckon we will be late!

Hit the sack- Go to bed to sleep- I hit the sack late last night.

You must have kangaroos loose in the top paddock- You are crazy- feel free to make a sentence with this one!

Have a Captain Cook- A look, a brief inspection- The boss decided to have a captain cook at work today.

Benefit from PTE Writing Essay task tips by professional PTE trainers. Come on board an enhanced PTE prep platform. Why PTE? The Pearson Test for English or…

The IELTS test can be hard to prepare for, even for fluent English speakers, as you do not have to just speak but speak on…

What are 4 Aussie slang words or phrases?

Some of the Aussie words that you should pick up are:

See ya this arvo: See you this afternoon
Beaut: wonderful or beautiful
I reckon –I believe so
Hit the sack- Go to bed to sleep

What is a billy in Australian slang?

Billy means a metal container used to boil water, make tea, or cook over a fire.

How do we say ‘how are you doing’ in Australian slang?

Nope. Australians do not waste their time asking such lengthy questions. You can just say G’day. To pronounce it, you have to cut the “g” sound short and emphasise the “day.” It should sound similar to “daaey.”

How to say goodbye in Australian slang?

Australians find the word ‘goodbye’ too dull, so they say Hooroo! So no one will judge you if you say ‘hooroo mate’ when saying goodbye.

What does fair dinkum mean?

Australians use it to mean something is excellent or of great quality.
Example: This Subaru is fair dinkum.

What do Australians call thongs?

Thongs are what flip flops are called in Aussie land.

Is the word bogan offensive?

Yes! Do not use the word for the sake of fun. Bogan is used to signify that a person is uncultured, mannerless and unsophisticated. But then, many Aussies relate it to a way of life, an attitude. Just be sure you know the person you are referring to, do not get offended.

What is a defo?

Australians love to create short forms, and ‘defo’ stands for ‘definitely.’ So you can say, “Aussie slang is defo amazin’, mate!”

Why do Aussies say ta?

You would not sound rude if you just made the  ‘ta’ sound to thank someone. As said earlier, Aussies love their short forms, and they have got plenty of them.

What is Bum in Australia?

Sure, bum isn’t a word we will just use in a sentence. But there is another meaning to it in the Australian slang. It also means a homeless person.

What do Aussies call their friends?

One of the most world-renowned Aussie words is Mate. If you are called a mate, you are a ‘friend.’

What is Australian slang cobber?

Australians have more than one slang word for ‘friend’. So if someone calls you a Cobber, don’t be perplexed. You are being called a friend.

Abbreviations run thick in Aussie blood. And they do wish to shorten the words. So Beaut is often used instead of beautiful.

Shiela might be the name of someone you know on another continent, but it means a woman on the island continent of Oz.

What is Australian slang for a city?

Guess the Australians were concerned about the city’s pollution levels. So they decided to refer to a city as the ‘Big Smoke.’

How to say ‘how’s it going ‘ in Australian slang?

“How ya goin’?” Do not answer that question by naming a mode of transportation! It is the commonly used Aussie greeting. It means how are you or how are things going at your end.

How to speak Australian slang?

Of course, the best way to speak Aussie slang is to use it with the people around you while you are in Australia. You will struggle with the pronunciation initially:
Skip the last letters: so trying becomes trying, what become wha… you get the idea.
Specific word endings change: like after becomes aftah, super changes to supah.
Change of ‘oo’ sound. Many words with ‘oo’ should be pronounced with an ‘ew’ sound. school- skewl, cool -kewl

I am planning to move to/visit Australia. Should I learn the Australian slang?

Definitely! Knowing the slang will help you in communicating better. You can quickly move around and interact with the local population if you know the Aussie slang. People will appreciate your effort to learn their language and culture. If you are considering to Study in Australia, read our useful blogs here