Importance of Zero in Mathematics 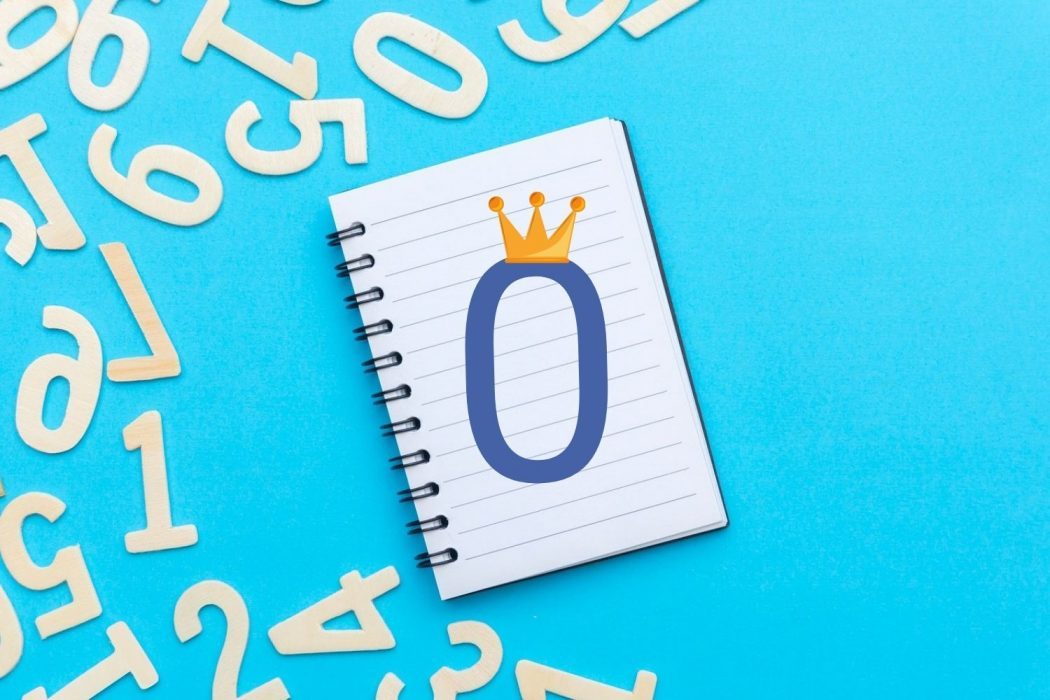 Essay on Importance of Zero: Why it denotes nothing but is needed for everything!

It isn’t a score we like to see on our test papers. Nor on the scoreboard while supporting our favourite team. But we sure would like to see a few of them added after any digit from 1-9 for the money in our bank account! That is the enigma of 0. A fascinating number whose presence is usually taken for granted. So what is the requirement of zero, which means nothing?

Who Invented Zero in Mathematics?

No one person can be credited with ‘inventing’ the zero. The Sumerians 5,000 years ago were using a positional system without a 0. Instead, of a 0, a symbol or a space was used to distinguish between, for example, 104 and 10004. They inserted a slanted double wedge between cuneiform characters for numbers. However, this symbol was never used at the end of a number. The Sumerians clearly expected you to figure that out based on context!

The English word “zero” is originally derived from the Hindi “sunyata”, which means nothingness and is a central concept in Buddhism.

Brahmagupta, the Indian mathematician and astronomer, first defined the number zero and its operations and developed a symbol for it.
The ancient Mayans independently developed zero in their number system in Central America.
As the placeholder, zero was independently invented in civilisations throughout the globe.
The Arabs were the harbingers of Zero in the Middle East. From there, the zero began its eventful journey to Europe. This number in the 1200s enamoured the mind of the mathematician Fibonacci, and he popularised the “Arabic” numeral system we all use today.
So there is your answer for who introduced zero?
It is hard to believe that all the infinite procedures in mathematics dance around the pivot of the idea of zero.

Brief History of Zero in maths

Despite the negative view of Western philosophy towards the concept of nothing, the invention of zero immensely simplified calculations. It allowed the mathematicians to propound essential mathematical disciplines: algebra and calculus. The importance of zero is evident when we realise that this concept improved the computation method and equipped mathematicians in historical times to handle more complicated problems. As a result, they could study numbers’ general properties and further develop maths.

The requirement of zero in maths is significant as the additive identity of the integers and real numbers. Zero also plays a critical role in algebraic structures. As a digit, zero is important as a placeholder in the place value system.

The importance of zero in Maths is also realised through fractions. We wouldn’t be learning fractions in school if it wasn’t for zero. Furthermore, the engrossing zero created a more accurate way to describe fractions. For example, we now know that adding zeros at the end of a number increases its value and impact, whereas with the help of a decimal point, adding zeros at the beginning of a number decreases its magnitude.

How could we possibly have negative numbers if it wasn’t for 0? Confused? See, zero is neither a positive nor a negative integer. It sets the boundary between positive and negative numbers. That is why many scales have zero as their starting number. Zero helps us understand and explain concepts that do not have physical forms!

The number zero is used as a placeholder in the place value system. For example, two zeros before a number indicate a hundred position, while a single zero before a digit indicates a tens position.

And not to forget the importance of zero becoming the basis for the binary system of computers.
Everything digital today depends on zero. The computer understands binary language, which consists of two digits: 0 and 1. So the digital age could not have been possible without the ubiquitous zero. Hence proven, that the requirement of zero is felt in our everyday lives.

Some interesting facts about the number 0

The importance of zero is comprehended through these facts too:

Adding a number to zero equals that number.

The importance of zero has held its place of significance for centuries. Though it stands for an absence, its importance in our lives has been summed up by this anonymous quote: ” Zero is supposed to be nothing, but works wonders if on the right side.”
In case you wish to know more about handling mathematical calculations and concepts, which of course involve zero, get in touch with Edulyte. Our mentors not only create techniques to help you master Maths but also make learning fun!

Estimated reading time: 8 minutes Maths symbols step into our academic lives in primary school and stay with us for long. Some of them are…

Mathematics is important as it plays a huge part in our daily lives. Here are more than 10 ways we use and apply Mathematics in…

What is Zero multiplied by Zero?

We can’t exactly say who invented it. It has existed since the Sumerians were chilling in southern Mesopotamia. But it emerged as a digit with value, with the Indian mathematician Brahmagupta giving it a role more significant than just a positional number. And after that, they say, there was no looking back for zero.

Number of zeros in a million

Why 0 is the most important number?

The other digits indeed will feel jealous, but the importance of zero can not be overlooked. It is unique and connotes the absence of something, unlike any other number. It can decide the place of a number in the number value system. If there are two zeroes after 3, it is 300; if there is just one zero, it is thirty.
It has simplified complex calculations and made fractions easy to handle.

What is the advantage of the number zero?

It represents the boundary between negative and positive numbers. And that gives it the unique position of being the starting point on many scales.
It equips us to deal with the concept of infinity. And zero also helps us grasp the notions that do not have physical counterparts.

Indeed a question that baffles students. As a whole number, 0 is an integer as it can be written without a remainder.

Is Zero the first number?

Zero holds the position of being the number between the start of the positive and negative numbers. So it is the first number of the integers.

How to keep the number zero in front of a cell in excel?

Use the REPT Function to Add Leading Zeros

To add zeros in front of numbers in Excel is using the Repeat or REPT function.
REPT function repeats the character you want a certain number of times.
The REPT function requires two items:
the text you want to repeat
the number of times you want to repeat it
So you can use a 0 as the text to repeat, followed by the number of times you would like it to appear.
For example, to create a list where all cells begin with two zeros, you can use REPT to combine the number of zeros you need with the contents of the cells.
It would look something like this:
=REPT(0,2)&A2
Another method is by using custom formatting. For example, you can format the cells to display a set quantity of zeros in front.
Let’s say you want to format your cells to display six numbers. To do this:
Select all the cells you need to add a zero to, right-click and select Format Cells
In the Number tab, select Custom
Under Type, enter 6 zeros
Click OK


Where was number zero invented?

Tricky to answer this one. Sumerians were using it 5,000 years ago but just as a positional number. The Indians decided to give it the significance of being part of calculations. The Mayas were using it as well as the Sumerians by the time the common era dawned upon us.

Is Zero positive or negative?

It is neither. As said above, it sure is an enigmatic number. It holds the position of being between the start of the positive and negative numbers.

Is Zero even or odd?

Is Zero even or odd?

Difficult for a layperson to answer, but mathematicians swear that it is an even number. Because any number that can be divided by two to create another whole number is even.Zero passes this test because if you halve zero, you get zero.

How effective are the Maths classes conducted by Edulyte?

Maths teachers formulate learning outcomes reports, comprehensive insights, and remedial solutions. We ensure that every student gets the appropriate teachers’ input throughout the course. This permits the student to learn fast and effectively.

Would an online Maths class be as effective as face to face learning?

Of course! Online sessions have great advantages. They save time and allow you great flexibility. You can easily concentrate on your studies without worrying about anything else. Also, you get the best of tutors and learn through innovative methods from the security of your home.

Why is it important for me to enrol for Maths coaching?

The fundamentals of Mathematics taught are the foundations for your college education and future. Therefore, it is crucial to receive the proper guidance and absorb the knowledge well. Go through our tutor listings and their courses. Find one that suits your requirements and ensure a good result!